How SEO Has Changed Over a Decade 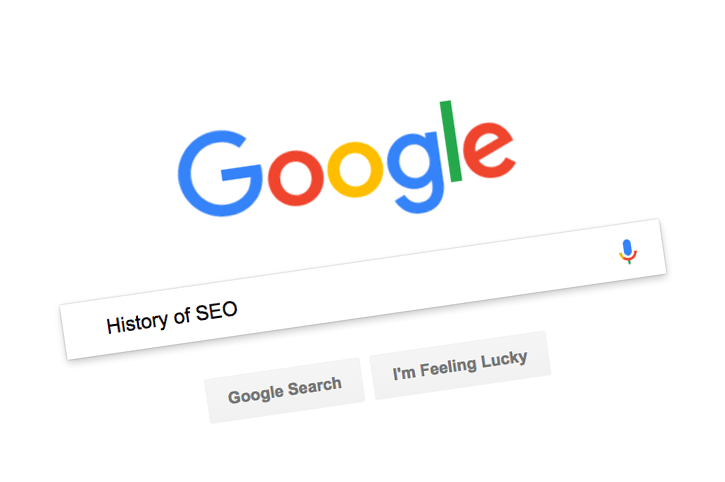 Do you remember what the first website you ever visited looked like? If it was anytime in the 90’s odds are the page was nothing more than black text on a white background, with big blue links to click on. It’s hard to imagine a time when search engines were this limited. Today, we use the internet for everything from communicating with relatives to the creation of the international space station.

As search engines have grown, so has the field of search engine optimization, or SEO. Years ago, if you wanted your page to appear above others on a Google search, analysts would simply spam and backlog information or keywords. Today, thanks to Google algorithm changes and a shift in consumer opinion, old SEO practices are a thing of the past. Here are just a few ways SEO has changed over the past decade.

Just a few years ago, companies could increase their Google ranking with repetitive content and backend keyword stuffing. While it was good for the website’s ranking, it left consumers with nonsensical and often wrong information. But all that ended when Google introduced the Panda update. After Panda, a website was judged on the overall content of every page, rather than frequency of certain keywords.

Panda brought social media and news sites higher in it’s ranking, while lowering spammy or ad filled sites. For the average consumer, this was a welcomed change, but to advertisers – it meant a complete overhaul of typical SEO practices.

The Release of Penguin

As long as Google continues to upgrade its algorithms, SEO practices will have to change along with them. In 2012, just one year after introducing Panda, Google unveiled Penguin. Penguin made it more difficult for sites to increase their ranking by spamming or buying link chains.

Over the years, Penguin has become a core aspect of Google’s algorithm and continues to change. In 2016, Google released Penguin 4.0. The newest update was a welcomed change for analysts, as it now allowed sites to be re-crawled in real time after they had been updated.

In September of 2013, Google released Hummingbird. Named for the “speed and precision” of a hummingbird, this update revolutionized search queries. Before Hummingbird, Google searched for each individual word in the sentence or question, regardless of what words came before or after it. Words with double meaning, slang and colloquial terms were usually omitted, or lead to some pretty strange, unrelated sites. With Hummingbird, Google considers context and the meaning behind the entire entry. It then searches the internet for the best response to the question as a whole.

As Google continued to focus on content creation instead of keyword quantity, Hummingbird was the logical next step. Now, the top ranking results were the ones that read more conversationally and fluid.

Seen as a blessing and a curse, Google’s RankBrain is a machine-learning artificial intelligence system that tracks a user’s behavior and search intent online, and generates content that would intrigue that user. It can also make it’s own adjustments and optimizations to the core algorithm in real time and is always evolving. While RankBrain is certainly no “I, Robot,” many users were uncomfortable with the idea of their search history being tracked. Even more upset were the many companies whose ranking now depended on your personal preferences.

In February of 2015, Google pre-announced their upcoming algorithm update, “Mobilegeddon” (which didn’t officially roll out until months later). The main takeaway from this update? The importance of a mobile friendly website. Google later rolled out a mobile friendly test that would help users see if their sites were in need of some tweaking. We soon saw websites dropping in organic rank if they weren’t properly optimized and sites that were mobile friendly would rise in the SERPs.

If you’ve looked up how many ounces in a pound or how old a certain celebrity is, odds are you never even had to click on a link because the information popped right up in a knowledge graph/ rich snippet answer. Google began trying to simplify results in 2012 by providing users a clear and distinctive answer to simple or frequently asked questions. The problem for SEO? These results usually appear above organic content. To combat this, analysts try to create content that can be easily featured as an answer to frequently asked, industry specific questions.

Years ago there was the marketing team in one room and the SEO team in another. Today, SEO, marketing and even public relations departments all work together to promote content that fully and honestly answers the questions of various target audiences.

Here at Ferocious Media, our SEO team works closely with our other digital marketing departments to develop a strategy that can place your brand in front of the right audience at the right time. Contact us for more information about our search engine optimization solution.